THE MAN JESUS – Prophet of Nazareth 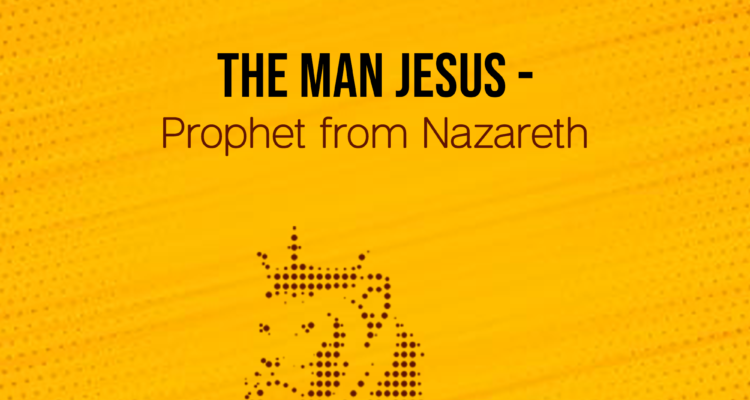 Nathanael sneered, “Nazareth! What good thing could ever come from Nazareth?” Philip answered, “Come and let’s find out!” When Jesus saw Nathanael approaching, he said, “Now here comes a true son of Israel—an honest man with no hidden motive!” Nathanael was stunned and said, “But you’ve never met me—how do you know anything about me?” Jesus answered, “Nathanael, right before Philip came to you I saw you sitting under the shade of a fig tree.” Nathanael blurted out, “Teacher, you are truly the Son of God and the King of Israel!” Jesus answered, “Do you believe simply because I told you I saw you sitting under a fig tree? You will experience even more impressive things than that!”1

People say “seeing is believing” and this clearly was the case with Nathaniel. Of all places, Nazareth was the least expected from which such a great prophet (one who was to be the greatest of them) would emerge, hence, Nathaniel’s scepticism and reservation were quite valid. Amazingly, Jesus didn’t mind that much. He kept doing the works so more people could see and believe because that seemed to be the only way He could reach out to them.

The woman answered and said, I have no husband. Jesus said unto her, Thou hast well said, I have no husband: For thou hast had five husbands; and he whom thou now hast is not thy husband: in that saidst thou truly. The woman saith unto him, Sir, I perceive that thou art a prophet.2 Again, we see an open acknowledgement after Jesus had done something extraordinary. Jesus went further to tell her that He wasn’t just a Jewish Prophet but the much-expected Messiah.

Their perception of Him as a prophet was only restricted to what they could see. Signs and wonders similar to that of Moses, Samuel, Elijah, Elisha and the other prophets who had come before Him. They couldn’t see beyond that. Yes, He did exceptional miracles, and spoke with great authority, yet, He seemed too ordinary to be more than just a prophet. They knew His birth parents and no, they weren’t royalty. After all, He practised His father’s profession; carpentry. So, they blessed God for the miracles but His words angered them and they called Him a blasphemer. He didn’t fit into the box they had in their mind. He spoke against their religious leaders and doctrines. Called them names like hypocrites.

His piercing words undid them and they lost sight of His mighty works and miracles, they plotted His death…

Copyright © 2023 All Rights Reserved.
Back to Top