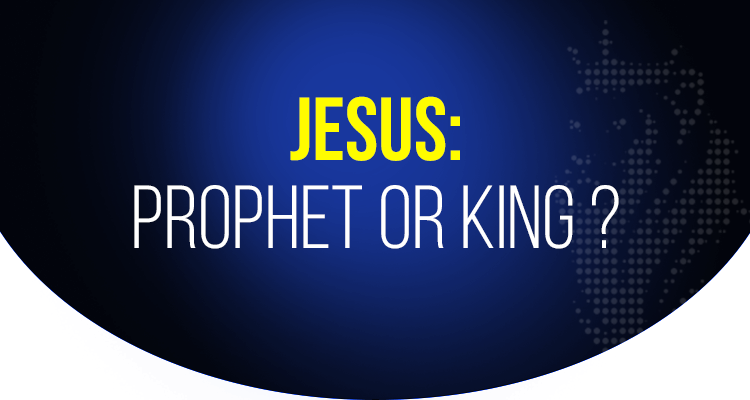 Then Philip went to look for his friend, Nathanael, and told him,

“We’ve found him! We’ve found the One we’ve been waiting for! It’s Jesus, son of Joseph from Nazareth, the Anointed One! He’s the One that Moses and the prophets prophesied would come!”

1 Philip excitedly shared this news with his friend after Jesus called Him out as a disciple. What convinced Philip that Jesus was indeed the One they had been waiting for? His was not by a divine revelation like Peter whom Jesus said:

“flesh and blood did not reveal to but His Father in heaven”.

2 He must have seen something, maybe a sign…just as His friend Nathaniel who only acknowledged Jesus after he saw a sign.

Who then is this Jesus? A deliverer? A prophet? A king? Moses and the prophets wrote about Him and so the Jews eagerly awaited His arrival. But who did they expect? And did He meet their expectations?

The LORD thy God will raise up unto thee a Prophet from the midst of thee, of thy brethren, like unto me; unto him, ye shall hearken…and will put my words in his mouth; and he shall speak unto them all that I shall command him.3 Here, Moses expressly prophesied that the One to come would be a prophet howbeit, one like unto himself, and Moses as we know was the vessel through which God delivered His people from slavery. He didn’t stop at that, God also used him to set rules and ordinances for the people to follow. Isn’t that like the function of kings? So just as Moses was no ordinary prophet, but one who led and governed the Israelites, Jesus was to be the same.

Tell ye the daughter of Sion, Behold, thy King cometh unto thee, meek, and sitting upon an ass, and a colt the foal of an ass…and when he was come into Jerusalem, all the city was moved, saying,

And the multitude said,

“this is Jesus the prophet of Nazareth of Galilee”.4

Some perceived Him as a prophet, others as their deliverer (King), one who will restore the kingdom back to Israel and sit on the throne of His father, David. Even after His resurrection, their perception did not change! They expected a king who would physically rule on earth: When they therefore were come together, they asked of him, saying, Lord, wilt thou at this time restore again the kingdom to Israel?5 Did He meet that expectation? No. Is He then qualified to be dubbed a King? Isn’t it just best to leave Him as a prophet; a special one, but a prophet nonetheless?

Copyright © 2022 All Rights Reserved.
Back to Top