IN WHOSE KINGDOM ARE YOU? 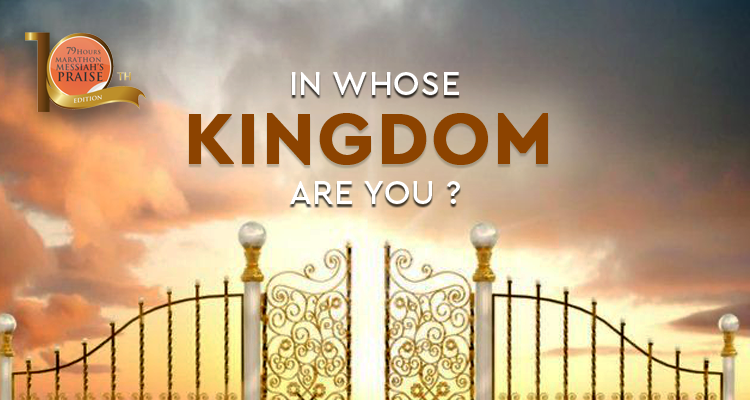 The President of any nation has no doubts that his orders, when decreed, will be carried out by his subjects because as the president, his citizens have no option than to obey his decrees. If he says that there should be a curfew in a part of the nation and anyone found on the road should be apprehended, because he has the authority, everyone obeys. The police force ensures the orders are carried out and it is a crime for anyone to be found breaking the law.

One way we dishonour the kingship of Jesus is when we doubt and choose to live outside of His word.

Just like Buhari would give a decree, Jesus has said,

Yet regardless of these decrees, some have chosen to live by earth’s standards, some have decided to live lower than He has made them be and some have settled to accept the afflictions of this world doubting the awesomeness of this Great King.

Again, I ask, what tribe do you belong to? In whose kingdom are you?

Praise God!!! We belong to the kingdom of Jesus, the tribe of believers who are rooted in the knowledge of their King and kingdom. This kingdom we belong to is not one that binds us or limits us; it is one that we are signed, sealed and delivered by the Holy Spirit! Glory to God! In this kingdom, we are rooted in the truth that our kingdom supersedes every other. As our King rules and reigns, so do we and we reign over every nation and tribe.

How then can you be part of this kingdom? How can you behold the One who has chosen you before time began?

Accept all that He has for you today. Decide to become part of the generation of believers that do not mumble words as children who have no understanding of certain things via the consistent and heart-desired study of His word. Then, we will be transformed into the ones who proclaim that JESUS IS KING, in spirit and in truth, to the ends of the earth.

Copyright © 2023 All Rights Reserved.
Back to Top